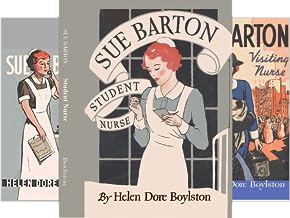 This isn't actually a review of Sue Barton, or any of Helen Dore Boylston's other books. Instead, I wanted to talk about the author, and what I discovered when I read her bio in the new Kindle editions of the classic Sue Barton nursing books.

For many of us of a certain age (and in the case of these books, a fair bit older, as the first was written in the 1930s), these books were a childhood delight. For some, I'm sure, it influenced their decisions to become nurses (my own desire to emulate the main character, who is as red-headed as I am, lasted only until I thought about it for five minutes). But a part of me had always assumed that a) Boylston might be as much of a fiction as Caroline Keene (Nancy Drew) and/or b) this was totally made up.

Imagine my surprise on discovering that Helen Dore Boylston was actually a nurse, that she served as a nurse in WWI (I told you these dated way back), and that she wrote books besides this series and her Carol Page, Actress series. 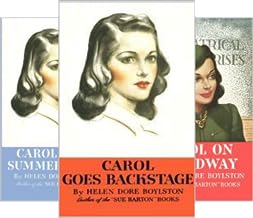 Most notably, Boylston wrote a light little diary of her nursing experience in the Great War (yeah, remember when it was possible to think of a single war that was going to end all wars?). 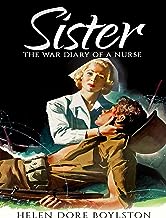 I was struck by this memoir because, though there are allusions to nastiness, suffering, and the death of many people she knew, nurses and soldiers, there is one thing that overrides that and sets this apart from some men's memoirs of the war: she was happy there. And why? Because she was out in the world doing something interesting, exciting, and important. Yeah, not the usual fate of young women in 1917-18, and still less after the war.

Boylston had so much trouble settling into the expected ruts that after the war she went back to Europe with the Red Cross. There she met Rose Wilder Lane--yes, the daughter of Laura Ingalls Wilder, who was a writer before her mother was. That led to Travels With Zenobia, an account of the two women's 1926 trip by car from Paris to Albania (with their French maid, of course).

Boylston and Lane lived together for several years, first in Albania and then in the US. For a time it looked like she would be settling down for good on Rocky Ridge (the Wilder's farm in the Ozarks) and the two women would be writers together. Then the Great Depression hit.

Whatever happened besides financial strains, Boylston ended up back east, working as a nurse, which was probably a good thing for the writer. Sue Barton came out of those years and she found she could make a living off her writing.

Boylston denied that Sue was her, but I sure saw a lot of similarities between the two, including the tendency to charge headlong into things that won the author her nickname, Troub, as in Trouble. She did, of course, make Sue take a path she herself had rejected. Sue marries and has a family, and while she struggles with a sense that she's not using her talents or training, repeatedly decided that mothering is the most important job.

I think the author sold out to the publishers on that one. Sue Barton and Carol Page were very early examples of what we now call Young Adult books (I've seen them also referred to as "girls' series" or "career books"). Anyone want to bet that, in addition to encouraging girls to pursue (suitable) careers, the publishers also wanted to reinforce traditional roles? The last of those books, which actually kind of leaves the question open of whether Sue will keep working, was published in 1952--a period when women were being strongly pushed back into the home after discovering independence (again) during the second World War.

For all that, Sue is a pretty remarkable woman for the time, one who never gives up entirely on her career, however much it takes a back seat to parenthood. A secondary character, Sue's friend Kitty, is even more interesting as she never appears to date men at all. I may need to read the Carol Page books to find out how Boylston handles it in those (all written during WWII, another period when women were being called on to do "men's jobs").

In all, I found my reading of both the fiction and the non-fiction both enjoyable and thought-provoking. For the author, that would be mission accomplished.

*The biographical information in this post has been gleaned from the book bios, the intro and afterword to Zenobia and Sister, and the Wikipedia article on Helen Dore Boylston.