Day 14
After the fun splash ride through Lava Falls rapid, it was kind of nice to have a mostly calm drift down the river in the morning.

As mentioned in Part 7, just above Lava Falls we entered the volcanic portion of the canyon. That made for some great geology, between the intrusions of lava and some beautiful columnar basalt. For those who aren't geology geeks, that's the postpiles of Devil's Postpile, or the pavers of the Giant's Causeway. The columns are formed as the lava cools and shrinks.

In the middle of this volcanic theme park, we stopped for a hike, to be followed by lunch. The Whitmore Trail leads up to the North Rim, or at least to a spot below the rim where the land is broken enough for a road to lead down to within 1000' of the river. The climb was hot, but as always, worth the effort.

As always, climbing rapidly puts the river in perspective.

Partway up, we passed under an overhang that proved to be the underside of some of the columns. 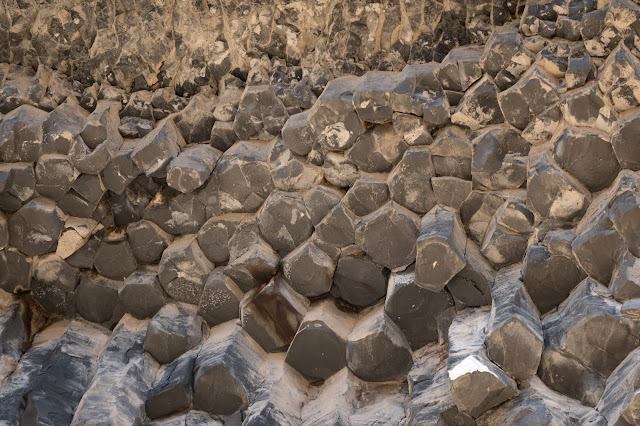 Although in a way I was sorry to do this hike--it brought the outside world back to us, both with the sight of the road (and the jeeps camping at the end of the road) and in the form of day-hikers, an alien species after two weeks on the river--the views were not to be missed.

Back down at the base of the cliff, before wading over to lunch, I detoured to check out some prehistoric pictographs. 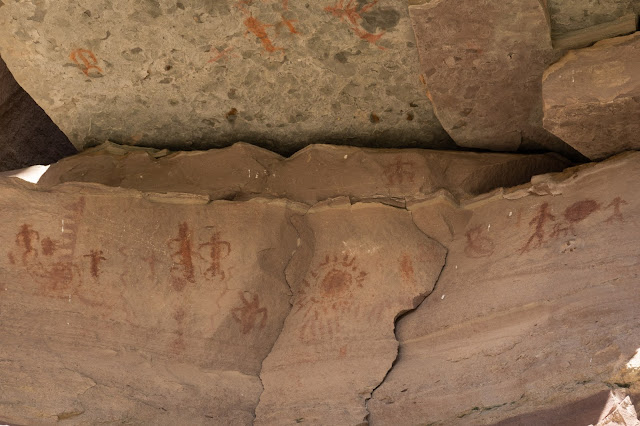 Then on down the river, to camp below Parashant Wash at Mile 199.

Day 15
A 20-mile river day, we didn't make any significant stops on this final full day of the trip. 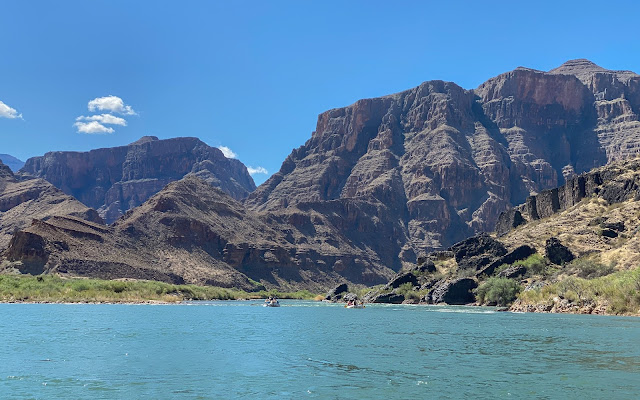 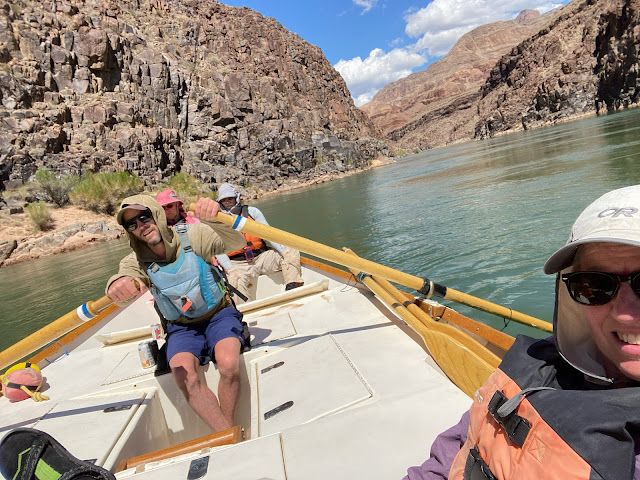 Our camp at 220 Mile Canyon did permit a rare free-hiking opportunity. I waited as late in the afternoon as I could to dodge some of the heat but still have time to explore before dinner. To my delight, the ramble up the wash revealed far and away the best flower garden of the trip.
It was another of those canyons that could go on all the way to the rim and beyond, but I resisted the urge to continue beyond the end of the narrow gulch. 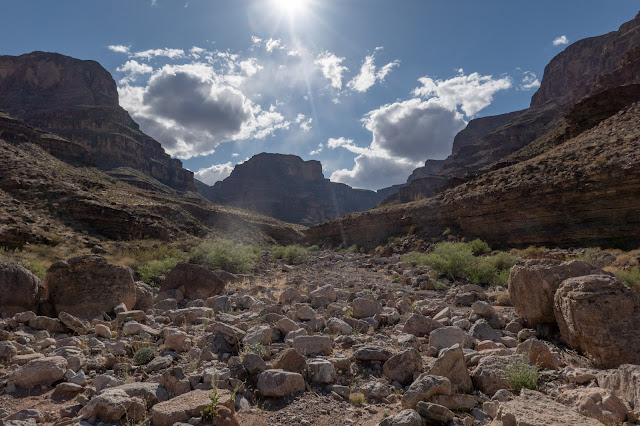 The cocktail hour (i.e., waiting for dinner) brought out the spirit of fun in everyone, and we indulged in games of balance and agility. I was okay at the egg-and-spoon race, but skipped the single-leg no-hands stick collection game.


Day 16
Our final day on the river, and we were in no hurry to leave. We had only six miles to float, and a target take-out time of 9:30--no problem for this seasoned crew!
Arrival at our take-out meant a flurry of activity, de-rigging the boats and loading the truck. Passengers were encouraged to help. Because the take-out is on Havasupai land, we masked up as soon as we landed, and stayed that way all the way back to Flagstaff.

Back on the bus! The trip to town starts with ten miles up Diamond Creek, which takes an hour in the bus. The road is very rough in places, though nothing I wouldn't take the Prius down... In the wash, we spotted some of the feral donkeys made famous by Marguerite Henry's Brighty of the Grand Canyon, but I didn't get any photos. 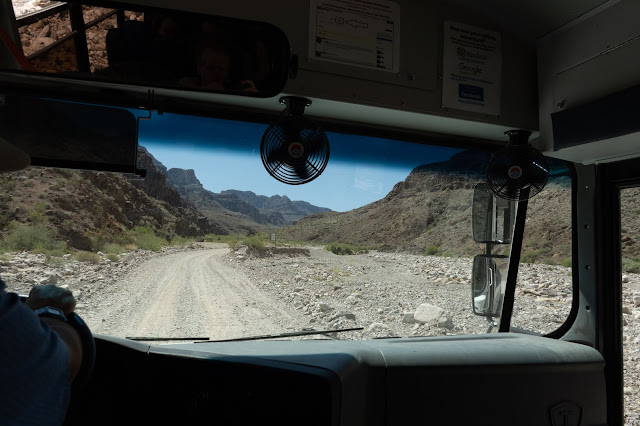 It was sad to finish the trip, though no denying that a hot shower felt wonderful. I can't say too much how fantastic the whole thing was for me.

One final image to close with: some socks you just don't want to put in your washer, and ones that have hiked the side canyons and waded the streams are at the top of the list! 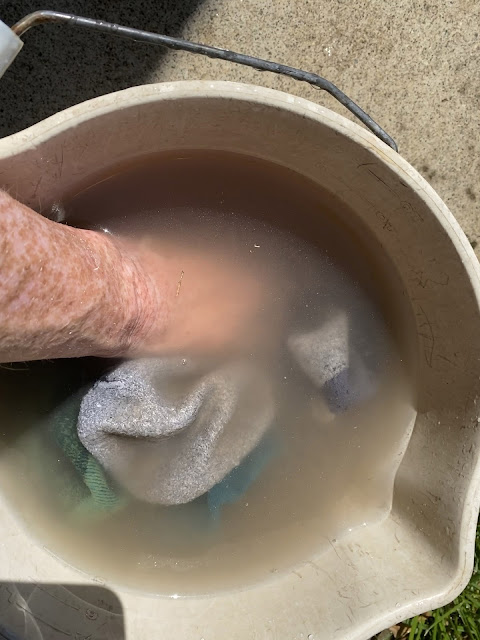 Hope you've enjoyed the trip!
©Rebecca M. Douglass, 2021
As always, please ask permission to use any photos or text. Link-backs appreciated.
Enjoyed this post? Avoid missing out on future posts by following us.