This story first appeared on this blog in December of 2012. I've touched it up a bit, and wondered about the amount of borrowing from Douglas Adams, but decided to let it stand with the original "reverent apologies to Douglas Adams." I'm not sure about the origins--I'm pretty sure someone challenged me with that title, but I kept no record. About the only thing I can be pretty sure of is that I was rereading the Hitchhikers Guide and sequels. We can probably chalk this one up to fan fiction.

Sunrise on Planet X-4732B is 7th most stunning and beautiful event in the Universe following, among other things, sunset on X-4732A and the eruption into the sea of an unnamed volcano on an undiscovered planet. This is a well-established fact, determined by a complex algorithm developed by the Ultra-Computer housed on the 4th Moon of Planet G-7512, known to locals as Home. The lunar location was originally meant to isolate it and prevent the most powerful computer in the universe from running amok. No one has recorded how the residents of Home felt about that.

Naturally, by the time the Ultra-Computer was completed, there were six more computers being built on six asteroids, each one an order of magnitude more powerful than the Ultra. That is not germane to the issue, but does explain why the Ultra was free to spend its time determining the nature and location of the most stunningly beautiful sights in the universe.

Thus the morning of the last day of the world began with the last most beautiful sunrise. If anything, the approach of the disaster gave the sunrise a more vivid coloration. It was not, however, beautiful in the eyes of the beholder. There were no beholders, for the same reason that X-4732B has no local name: there are no higher order inhabitants on X-4732B. Lower-order organisms abound, or did before the world ended, but they had failed to evolve to create pollution, disrupt the perfect order of the landscape, or anticipate the apocalypse.

The absence of humans or any intelligent observers is, of course, central to the elegance of the X-4732B apocalypse (for every apocalypse is local, until the final event, the end of the universe so eloquently documented by Douglas Adams). Besides a failure to muck up the view, lower-order organisms tend to lack the necessary glands to panic. Had the planet evolved so much as a muskrat, the day would have taken a different turn, and the Ultra Computer would have had to recalculate the event’s standing in its ranking of events approaching perfection.

Naturally, just when it seemed safe to assume that the apocalypse would proceed with dignity and quiet splendor, everything changed. A lone, tiny, and definitely lost space capsule spiraled down through the oddly Earth-like atmosphere.

In the best of all possible worlds, the man who emerged, dazed, from the erring and now disabled spacecraft would have been Arthur Dent.

His name was Johnson Bob, and he’d been in transit between two planets far from X-4732B when his flight path took him a hair too close to a concert by the intergalactic band Disaster Area. The cosmic disruption of the loudest band in the universe had put an end to his tedious business trip and landed Johnson on X-4732B in time to witness the end of that world, and potentially to disrupt its tranquil order by the infusion of human terror, dismay, and the filing of complaints to the travel company.

The event was saved from the contamination of panic, despite the intrusion of a more-or-less higher life form, by the simple fact that Johnson Bob never left his ship. He was sleeping off the disconcerting effects of the Pan Galactic Gargle Blaster he’d had in the space port bar before leaving, a task that requires the full concentration of all bodily forces for a full day. In fact, in an act of incredible bravado, or idiocy, he had consumed two of the Gargle Blasters, and would be fortunate to wake up at all.

Johnson Bob therefore slept through the end of the world. He failed to observe as the sky turned from its usual chartreuse to an odd shade of puce and finally a perfect shade of red-orange with green stripes. Nor was he aware when the atmosphere boiled away, as his ship maintained the ideal balance of gasses for the continuation of human life.

Johnson Bob likewise missed the exquisite moment when all factors coalesced into the perfect, nearly silent yet symphonic finality. It was this perfect coordination of elements that led the Ultra Computer to designate the X-4732B Apocalypse as the most elegant apocalypse of all time.

Millennia of constipated volcanism beneath the immense chain of volcanoes that ringed the planet burst through the plug in every peak simultaneously, exactly at the instant the asteroid that had boiled away the atmosphere struck precisely at the southern pole and the sun went nova.

Johnson Bob should have been boiled away with the atmosphere, of course, but the Ultra Computer considered the final touch that perfected the X-4732B Apocalypse to be the manner in which the volcanic cataclysm ejected the one bit of alien matter from the planet in time to make it a purely local event. When Johnson Bob eventually awoke, he had a nasty hangover but no awareness of where he’d been or what he’d done. The blast had flung him back onto his original trajectory, and he landed without incident and went to the nearest bar for another Gargle-Blaster, in hopes of clearing his head.

To a human observer, the tiny space capsule as it exited would have looked like a watermelon pip spat contemptuously at the remainder of the universe as the planet exploded into a nearly infinite number of identical fragments.

But of course, since Johnson Bob was unconscious the whole time there was no human, or even sentient, observer. That, the computer decided as the final rays of the perfectly symmetrical pattern of dissolution faded into empty space, was perhaps the most elegant feature. Perfection could only unfold unobserved. 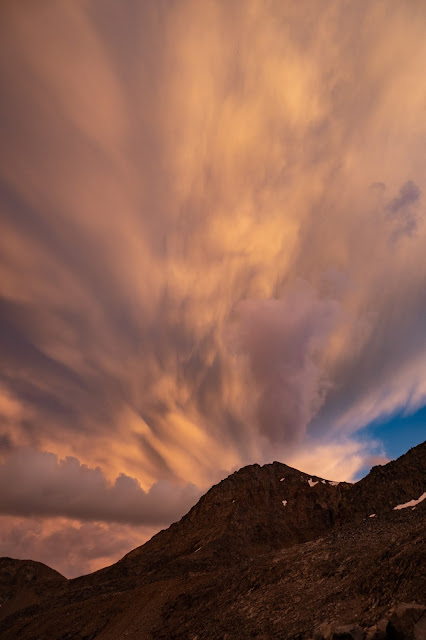