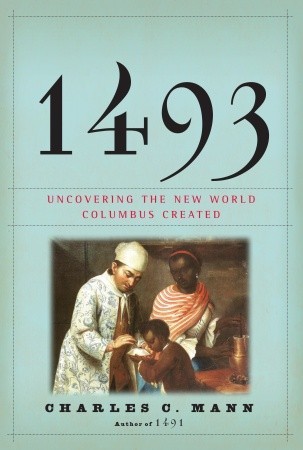 More than 200 million years ago, geological forces split apart the continents. Isolated from each other, the two halves of the world developed radically different suites of plants and animals. When Christopher Columbus set foot in the Americas, he ended that separation at a stroke. Driven by the economic goal of establishing trade with China, he accidentally set off an ecological convulsion as European vessels carried thousands of species to new homes across the oceans.
The Columbian Exchange, as researchers call it, is the reason there are tomatoes in Italy, oranges in Florida, chocolates in Switzerland, and chili peppers in Thailand. More important, creatures the colonists knew nothing about hitched along for the ride. Earthworms, mosquitoes, and cockroaches; honeybees, dandelions, and African grasses; bacteria, fungi, and viruses; rats of every description—all of them rushed like eager tourists into lands that had never seen their like before, changing lives and landscapes across the planet.
Eight decades after Columbus, a Spaniard named Legazpi succeeded where Columbus had failed. He sailed west to establish continual trade with China, then the richest, most powerful country in the world. In Manila, a city Legazpi founded, silver from the Americas, mined by African and Indian slaves, was sold to Asians in return for silk for Europeans. It was the first time that goods and people from every corner of the globe were connected in a single worldwide exchange. Much as Columbus created a new world biologically, Legazpi and the Spanish empire he served created a new world economically.
As Charles C. Mann shows, the Columbian Exchange underlies much of subsequent human history. Presenting the latest research by ecologists, anthropologists, archaeologists, and historians, Mann shows how the creation of this worldwide network of ecological and economic exchange fostered the rise of Europe, devastated imperial China, convulsed Africa, and for two centuries made Mexico City—where Asia, Europe, and the new frontier of the Americas dynamically interacted—the center of the world. In such encounters, he uncovers the germ of today's fiercest political disputes, from immigration to trade policy to culture wars.
In 1493, Charles Mann gives us an eye-opening scientific interpretation of our past, unequaled in its authority and fascination.
My Review:
Several years ago I read Mann's 1491, which you might consider the prequel to this book. In some ways, I found that more interesting--or maybe just more to my taste? Because the impact of the Columbian Exchange is depressing--but it's also hard to imagine a world without it--I sometimes prefer just to think about the world that came before.
While 1491 focused on what the "New World" (so-called; of course the inhabitants didn't see it that way) looked like before Europeans brought all the stuff they brought, 1493 looks at the world the Exchange created. That would be the world we live in, for better and for worse. Many of those changes are almost impossible to imagine away. Leaving aside the question of who and what I'd be if my ancestors hadn't moved to North America, thinking about the pre-Exchange diet of pretty much any part of the world is a bit depressing. In that respect, Mann's book has a positive feel--it reminds us of the good things the Columbian Exchange brought us.
In other areas, however, it's the old discouraging tale of extractive industries, exploitation of native peoples by conquerors (on a scale that far exceeds the pre-existing states of conquest and exploitation), and environmental degradation. Having recently finished listening to Isabel Wilkerson's Caste, it was interesting to read Mann's book, which is less interested in the lasting class/caste/racist impacts of that Columbian Exchange than with the ecological impacts. He rather dodges the issue, noting that slavery didn't begin as a racial construct, but without looking into how that changed. Mann's interest is more in what plantation agriculture did to the land, and how communities of escaped slaves (and indigenous peoples) managed their lands, not the impact on social structures.
I found the book a bit unwieldy for audio reading--it takes a long time to go through nearly 18 hours of narration, and there are a lot of names and places to keep track of--but the narrator does a good job, and I was okay with letting some of the details go. Certainly what Mann has done is important: we need to understand how we got where we are. Maps, diagrams, and pictures that are no doubt present in the print edition might be helpful.
My Recommendation:
A good book if you want to really understand what happened when globalization started in the 15th Century. The audio book is good, but it may be easier to keep track with the print edition.
FTC Disclosure: I borrowed an electronic copy of 1493 from my library, and received nothing from the author or the publisher in exchange for my honest review. The opinions expressed are my own and those of no one else. I am disclosing this in accordance with the Federal Trade Commission's 16 CFR, Part 255: "Guides Concerning the Use of Endorsements and Testimonials in Advertising."
audio books book review ecology history natural history