Photo Friday: In and Around Christchurch

- May 16, 2019
Since all hope of a regular blogging schedule is lost, I'm going to work on this post and share it when I'm done, whenever that may be [as it happened, I finished on Thursday evening, so it really is a Friday post]. On the up side, I am back with a real computer, so no more of those horrid issues with the iPad. On the down side, transferring my photos from the iPad is an annoying process and has resulted in some chaos, though not, I'm happy to report, the loss of my edits.

These photos are a somewhat random collection from our two months in Christchurch, including both views around town and from hikes and trips in the Port Hills and farther out on Banks Peninsula.

One of the first things we did when we settled into our Christchurch digs was purchase a couple of second-hand bikes. Christchurch is a great biking town. Not only is it flat, but in the post-earthquake recovery they have made a point of expanding the biking infrastructure to make it easy, comfortable, and safe to ride.

These were my wheels for the duration, and allowed me to run errands and explore the town without driving, and while getting exercise. 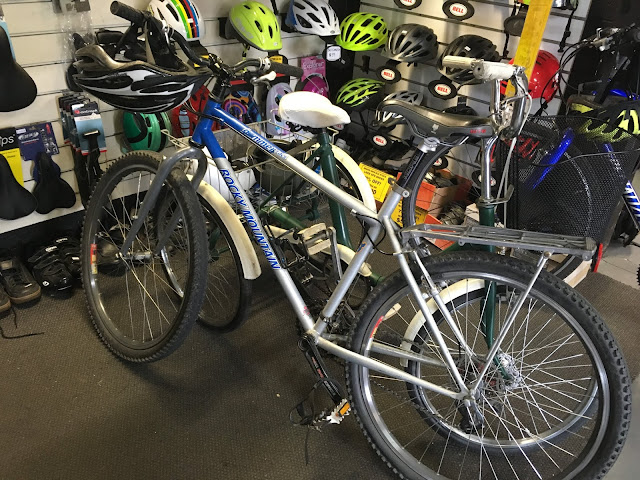 Out beyond the reach of the bikes, we enjoyed a number of hikes in the Port Hills (between Christchurch and the port in Littleton). The hills reminded us in many ways of the Marin Headlands near San Francisco, complete with summer-brown grasses and old WWII-era military installations.
New Zealand is, of course, famous for sheep. There are far fewer of the wool-producing critters than in decades past, but they are still a common sight just about anywhere.

Many of the hikes involved great views of the city on one side, and the (undeniably more scenic) harbor on the other. The best city views from the hills were after dark, but my pictures weren't much good.
We didn't do justice to the extensive Bank Peninsula, falling victim to the "we have tons of time to do that" attitude. We did make one drive out to the end of the road at Akaroa, on a cloudy, at times rainy day. The whole peninsula is an ancient volcano, and Akaroa Bay is an arm of the sea reaching right into the center of the caldera. 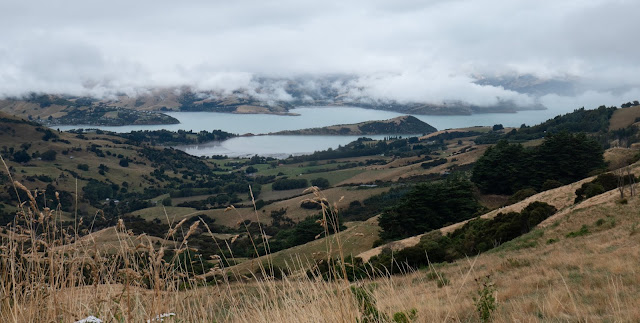 Sadly, a defining element for Christchurch post 2011 is the impact of the earthquakes of 2010 and 2011. Much is being or has been rebuilt, redefined, or moved on from. Some buildings are still just fenced off, as owners have simply walked away. Others, like this one where many people lost their lives, may simply be too painful to deal with yet.
Christchurch Cathedral has been an icon of the city since it was built in the second have of the 1800s. Since the quakes, it has become a symbol of the depth of the city's suffering. In 2017, under a great deal of pressure from many directions, the Anglican Diocese finally agreed to rebuild, though little progress had been made as of our visit.
Poking around the city on foot or by bike led us to many interesting and unexpected things. One of the best, in my opinion, was the library. Beautiful, modern and classic at the same time, and with an abundance of computers as well as quiet places to read and work, so that on none of my visits did I feel it was crowded, though I suspect hundreds of people were present each time.
Many many works of art--murals and sculptures alike--have blossomed in the city.
My bike allowed me to  reach some of the parks on the fringes of the city. In one I stumbled on a small lake, and a new sport.
Another serendipitous encounter was the city's Festival of Lanterns. Some were a bit gaudy for my taste, but the sunset lent the whole exhibit an extra element of beauty.
Sadly, we also witnessed (not directly, though we were only a couple of miles away) the new defining event for Christchurch: the mosque shootings. We were horrified by the event, but we were amazed and inspired by the local and national response to it. It felt like an honor to be able to attend the National Remembrance Service in Hagley Park, a short distance from one of  the mosques.
The service was beautifully done, with both speeches and performances that all struck a single note: that hatred has no place in New Zealand. Prime Minister Jacinda Ardern gave a speech that served both as a rejection of the hatred and violence and a reminder that it was up to each of us to fight against them. She has gone on to make good on her words. 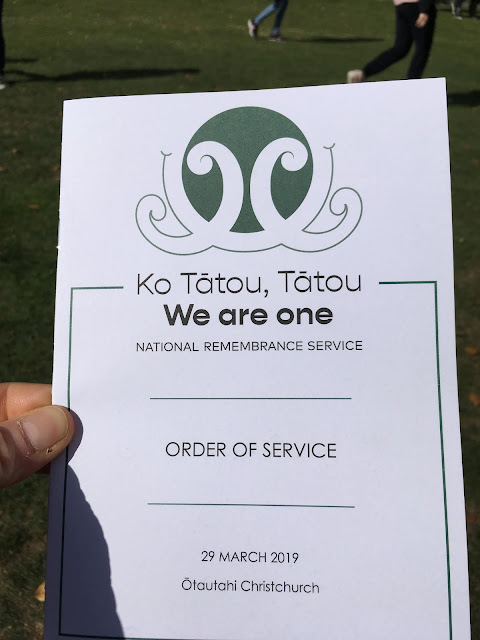 It was our privilege and pleasure to be able to make Christchurch our home for two months. The memories we carry away with us may fade with time and age, but as with all travel, it has changed us, if only in small ways.