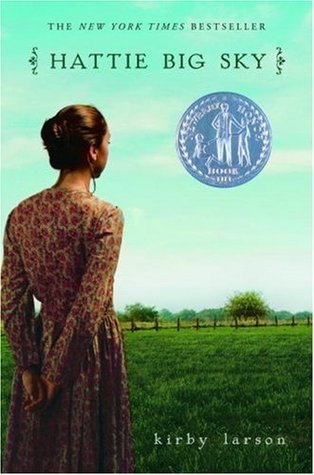 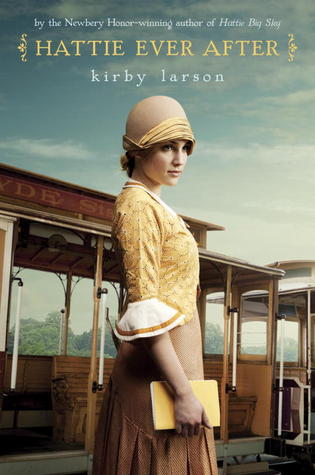 Title: Hattie Big Sky and Hattie Ever After


Publisher's Blurbs:
Hattie Big Sky:
After inheriting her uncle's homesteading claim in Montana, 16-year-old orphan Hattie Brooks travels from Iowa in 1917 to make a home for herself and encounters some unexpected problems related to the war being fought in Europe.

Hattie Ever After:
After leaving Uncle Chester's homestead claim, orphan Hattie Brooks throws a lasso around a new dream, even bigger than the Montana sky. She wants to be a reporter, knowing full well that a few pieces published in the Arlington News will not suffice. Real reporters must go to Grand Places, and do Grand Things, like Hattie's hero Nellie Bly. Another girl might be stymied by this, but Hattie has faced down a hungry wolf and stood up to a mob of angry men. Nothing can squash her desire to write for a big city newspaper. A letter and love token from Uncle Chester's old flame in San Francisco fuels that desire and Hattie jumps at the opportunity to get there by working as a seamstress for a traveling acting troupe. This could be her chance to solve the mystery of her "scoundrel" uncle and, in the process, help her learn more about herself. But Hattie must first tell Charlie that she will not join him in Seattle. Even though her heart approves of Charlie's plan for their marriage, her mind fears that saying yes to him would be saying no to herself. Hattie holds her own in the big city, literally pitching her way to a byline, and a career that could be even bigger than Nellie Bly's. But can making headlines compensate for the pain of betrayal and lost love? Hattie must dig deep to find her own true place in the world. Kirby Larson once again creates a lovingly written novel about the remarkable and resilient young orphan, Hattie Inez Brooks.

My Review:
By the age of the protagonist, these should be young adult novels, but they are rightly cataloged as middle grade. Hattie's struggles and the issues she faces are real and adult, but the author has written it in such a manner that the story will appeal to children, while still absorbing this undeniably non-juvenile reader.

I am of course fascinated by the whole process of settling the western US, and Hattie is the same age as my own grandmother, who also helped settle the west during that time of transition from the frontier to the 20th Century. Hattie has to face her life choices and struggles more or less alone, though I think that the important lesson she learns in each book (it takes a couple of times for her to get the lesson, and who among us hasn't had that problem, too?) is that she isn't alone, unless she chooses to be. In each book, she makes it through because others reach out to help her, and because eventually she reaches out to accept that help.

Since one of the big appeals is that Hattie is so strong-willed and independent, and determined to make a career for herself, I would love to see a 3rd book that shows how she manages her "work-life balance," as we say nowadays. Otherwise, we are left with the feeling that I so often get from books set in this era or earlier, a bit of disappointment that the female protagonist may be forced to compromise too much. So often the books fall on the side of love and marriage, as though somehow a year or so of independence was enough to last a lifetime. I'm in favor of more independent spinsters in books for girls, even though (or because?) I didn't choose that path!

I've wandered a bit from the point of the review, but suffice to say that I enjoyed the books a great deal, and checked out the second immediately on finishing the first, because I hadn't had enough of Hattie's humor, independence, and occasional blunders!

My Recommendation:
This is good for readers probably from about 8 up through adulthood. The view of the homesteading life is rich and realistic, and the intrusion of WWI into Hattie's dream adds an element that forces readers to think about prejudice and nationalism. The second book feels less weighty to me, but as mentioned, it touches on the very real issues of women's rights that were just coming into force after WWI.

Full Disclosure: I borrowed electronic copies of Hattie Big Sky and Hattie Ever After from my library, and received nothing from the author or the publisher in exchange for my honest review. The opinions expressed are my own and those of no one else. I am disclosing this in accordance with the Federal Trade Commission's 16 CFR, Part 255: "Guides Concerning the Use of Endorsements and Testimonials in Advertising."
between the wars historical fiction settlers writers