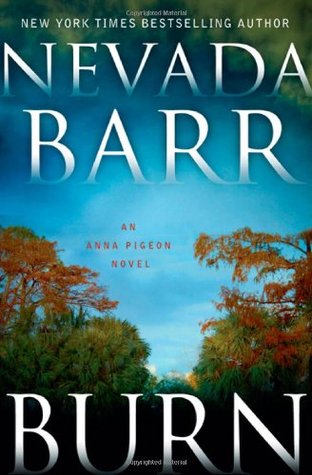 
Publisher's Summary:
Anna Pigeon, a Ranger with the National Park Service, is newly married but on administrative leave from her job as she recovers from the traumas of the past couple of months. While the physical wounds have healed, the emotional ones are still healing. With her new husband back at work, Anna decides to go and stay with an old friend from the Park Service, Geneva, who works as a singer at the New Orleans Jazz NHP. She isn't in town long before she crosses paths with a tenant of Geneva's, a creepy guy named Jordan. She discovers what seems to be an attempt to place a curse on her--a gruesomely killed pigeon marked with runic symbols; and begins to slowly find traces of very dark doings in the heart of post-Katrina New Orleans. Tied up in all of this is Jordan, who is not at all what he appears to be; a fugitive mother accused of killing her husband and daughters in a fire; and faint whispers of unpleasant goings-on in the heart of the slowly recovering city. Now it will take all of Anna's skills learned in the untamed outdoors to navigate the urban jungle in which she finds herself, to uncover the threads that connect these seemingly disparate people, and to rescue the most vulnerable of creatures from the most savage of animals.

My Review:
I have been a fan of Nevada Barr and the Anna Pigeon mysteries for a long time, and there is no question that she is an excellent writer. I am, however, sorry that she has turned from the lighter touch of her early books to delve more and more into the darkest aspects of humanity. I get that murder is never a light-hearted thing. But I'm not sure that I want to see in my head the things that she has put there.

This makes my review a little hard, because part of me wishes I'd never read the book. At the same time, I do think that it is incredibly well-written, and that Barr has managed to weave a story that is compelling and rings true. Even the circumstances of Anna's presence in New Orleans feel right: I have long joked about Anna and a few other heroes of long-running series that I'm amazed that they can take such a beating in each book and keep bouncing back (in spite of what the blurb says, Anna isn't without physical reminders of her recent adventures, though the psychological scars are worse).

It does occur to me that this isn't really a mystery at all, in the classic sense (thus, no doubt, the "novel" designation on the cover). We know who has done the killing, though we don't know just how everything fits together, and in fact murder is not what drives Anna to risk her career and her recovery. It's something a lot worse, and therein lies the rub, since as I mention, I'm not sure I wanted to go there. But it's a testimony to Barr's writing that I couldn't put the book aside completely. Though I stopped two or three times in the first half, both because of other reading commitments and because I didn't want to go there, in the end, I went.


My Recommendation:
Fans of the series will probably be like me and want to keep going. But be aware that this isn't light, isn't the least bit cozy, and will take you places you may not want to go. Fans of the gritty thriller will be more at home.

FTC Disclosure: I checked Burn out of my library, and received nothing from the writer or publisher for my honest review.  The opinions expressed are my own and those of no one else.  I am disclosing this in accordance with the Federal Trade Commission's 16 CFR, Part 255: "Guides Concerning the Use of Endorsements and Testimonials in Advertising."
Anna Pigeon mystery Nevada Barr thriller troubling reads