- September 15, 2017
Since I missed last week's challenge, I'm kind of mixing and matching Wendig Challenges. This week, we were to write a story of good vs. evil. I sort of managed, while using opening and closing lines from the previous week, when he gave us title, opening, and closing lines to choose from. I couldn't make any of the titles fit, though, so I have pretty much just done my own thing. Even the good/evil thing got a little fuzzy, and if I had had more words to play with, would have gotten fuzzier still. Funny about that.

I couldn’t watch as the overseer beat my 9-year-old son for the stumble that had spilled a half a dozen berries into the dirt of the field. Nor could I stop it, and for that, I thought my heart would burst.

That night, when we crawled at last into the stifling hut that was our home now, I lit our single tallow candle and I looked from my son, whose face bore a large, purpling bruise, to my daughter. Pulling them close to me as I always did for our mutual comfort, I began to whisper.

“We are leaving. Tonight. I won’t let this go on.”

“Can we?” my son wondered. “The Masters say they created us to be their slaves.” Will had only been six when the Masters came and killed his father and brought us to this place to work in their fields. If I didn’t take Will away, he would soon remember nothing but slavery, and become the drudge they wanted. Or else he would learn to hate them, fight back, and be killed. I had seen both happen to the children of others.

I had to convince him. “If that is true, which I don’t believe, then they left us too long on our own, because we learned to think and feel.” I knew that the Masters took slaves wherever they found them, and I doubted their story of seeding our planet long ago. “I can’t stand by while they beat you.”

“I’ll be careful. It won’t happen again,” he began.

“It will if we stay. I can see only three choices: I can leave you here to suffer alone, or I can take you with me—or I can fight back until they kill me.” I felt his body stiffen under my arm, but it was Anna who spoke first. She would be 13 soon, and that was another reason for going soon.

“I’ll go with you, Mom.” Her eyes told me that she knew what puberty would bring, and soon we’d be unable to hide her growing breasts.

“Tonight, then,” I said, and glanced again at Will. “We are not their property, Will. If ever humans were their creation, that has changed. They should not have come back.”

At last, my son nodded.

“Sleep, for now,” I counseled. “I’ll wake you when it’s time.” Laboring from dawn to dark left them too tired to stay awake.

As I crept from the hut, I thanked the god I no longer believed in that I was off the rotation that had kept me sleepless the last three nights. It would have been a complication I didn’t need.

I crept through shadows to the communal food stores, which occupied the only sturdy building in our compound. It was locked, but I had a key.
Don’t ask me what I did to get it.

**
Our pockets stuffed with potatoes and a little dried meat, we crept through the darkness away from the huts. The compound wasn’t well guarded. The Masters relied on the fence, and the stories of the prey-beasts that roamed the scrub beyond, to keep their slaves in.

I knew a way over the fence, and chose to face the beasts rather than the Masters. When we were well clear of any possible listening ears, I knelt to speak to the children.

“Are you afraid of the prey-beasts?” Nod. “There are a hundred ways we might die doing this. But we won’t die as slaves. Do you understand? Do you still want to come with me?”

What would I have done if either had said “no”? I did not know if I was right to take my children into the unknown dangers outside the fence.

Anna took a step towards the fence and freedom without speaking. Will clutched my hand more tightly, and whispered, “Is it okay if I’m scared, Mommy?”

“Yes,” I said, squeezing back.

I had stumbled on the way over the fence once while hunting for edible plants in the spring, and it was a good route, and probably I wasn’t the first to use it. No one had come back to tell me what happened after crossing the fence.

The only challenge was getting Will into the tree. I let him stand on my shoulders, and his sister reached a hand to pull him up.

Three branches up, and then we had to inch our way out the one that hung beyond the fence. In this, Will was the best of us, having no fear of heights. I swallowed my visions of broken limbs and we all crept forward together.

When I looked down and could see the fence passing below me, I knew the worst was past. The end of the branch dipped just enough for me to lower the children and let them drop lightly the last few feet.

I landed a little more heavily, and when I regained my feet, a little dizzy from the fall, three armed men stood before me.

They were human, so I let them take us.

They led us a long way through the scrub. When we had gone perhaps two miles, and the children were stumbling with weariness, one of the men spoke.

“There’s more than one way of fighting,” he answered.

“I’ll do what’s needed,” I promised. “Anything except go back there.”

“Only volunteers will do that,” he said.

That excited me. His use of the future tense told me that there was a plan. A plan to free us of the Masters once and for all? We could never return to Earth, but this planet would do well enough, if we were free. I would die, and yes, kill, to make that happen.

**
The rebellion was larger than I could have guessed, and the plans to eliminate the Masters well under way. I put my degree in chemistry to work, for the first time since Anna was born.

And when all was ready, I went with my team to do what was needed, and watched the result with fierce joy. The smoke was blue and grey and smelled like a promise. 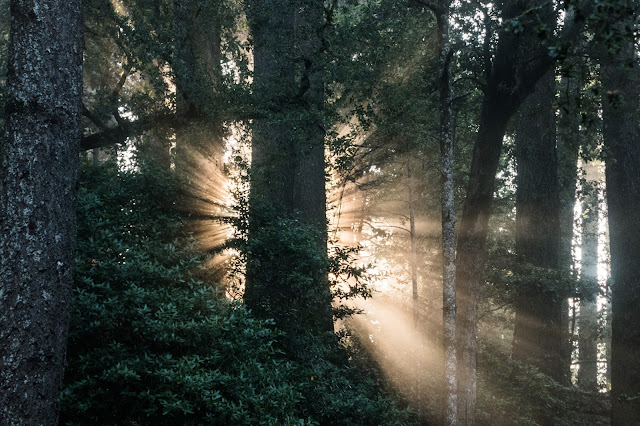