Flash Fiction Friday: We Apologize for the Error

- September 01, 2017
A few weeks ago, Chuck Wendig asked for people to come up with (just for a variation on the usual) the final line of a story. I enjoyed reading through them, but I admit that most felt more like the first line to me. I managed to snitch this one (I'm sorry that I no longer have the record of whose line it was) and use it at both ends of the story.

It's just a bit of speculative fiction. If you think it's anything else, think what you will.

We Apologize for the Error…

I always knew I’d be present at the end of the world.

I suppose I should explain: I am immortal. I have no memory of my beginnings, and I can have no end, no matter how much I may wish it. And I have wished it many, many times, for all the good it does. So of course I knew I’d be around when the world ends. But I never meant to be the reason it ended.

I won’t say it was just another day, because days have little meaning for me. Time washes past in waves, drowning me for long periods—what you would call long periods—then flinging me to the surface to glimpse a single moment or a century before I lose myself again.

This time, I surfaced at a very bad moment. Several major governments around the world had apparently been taken over by madmen or children—toddlers prone to tantrums, they appeared to me. Toddlers who would break and destroy if they didn’t get their own way, just because they could.

Things didn’t look great for the world. My mistake was thinking that I could help.

In fact, I probably could have helped, if I’d just managed to get the timing right.

My idea was to remove the maniacs, which even I could see had to be done pretty much all at once. I was pretty sure I could at least create the illusion of simultaneity. It would take careful timing and meticulous planning, which I was quite capable of.

Where I failed was in my understanding of human nature. You can hardly blame me for that. After all, humans are a pretty new thing from my perspective, and they aren’t that easy to understand. The last time I’d spent any significant time watching them, they were just learning to make things explode.

So, secure in my over-confidence, I headed first for the leader I thought was the craziest. I had to neutralize him—and yes, all the mad rulers were male. In my opinion, and I’ve been watching, more or less, for all of human history, women are chosen far too seldom, and most have been sane and interested in peace. There have been exceptions, of course. Look at Queen Mary—the one they called “Bloody Mary”—or that Isabel woman in Spain. And there have been plenty of sane and humane male leaders, of course. I just happened to come up for air at a time when there were at least three madmen in important positions, and all armed with nuclear weapons.

I was trying to prevent the end of the world, at least as a sphere habitable by humans.

So I dealt with the worst one, as I saw it, first. It was simple enough: I put him in a coma. Don’t ask how. I won’t tell. I thought his minions would keep that quiet as long as possible, to maintain his power. I have my own ways of getting around, so I only needed a few hours, and surely it would take longer than that for word to leak out.

I didn’t realize that the madness went several layers deep in that country. The second in command claimed power within minutes, which I guess was protocol there. And he, too, sat with his thumb on the red button. That was okay, or it would have been; it was an orderly transition even if it did put everyone on edge.

But my second target expected the sort of chaos that would come if he vanished, and tried to take advantage of it. He shouldn’t even have known about the coma before I could get to him, but that orderly transition was all done in public, so it took about 30 seconds for the whole world to know, what with the new kinds of instant communication humans had invented since I last looked.

So the second madman pushed his button.

I suppose he thought that confusion, or even fights over who was in charge, would delay the response long enough for his bombs to destroy their bombs.

I was only minutes away from neutralizing him when he set loose Armageddon, and the new leader on the other side didn’t hesitate. I might have misjudged who was the maddest, or maybe at that level degrees of madness don’t matter.

Armageddon is kind of pretty, seen from a distance.

Well, it was pretty at first. I was when I realized that I wasn’t going to die along with the humans that it became something else. By the time the madmen were finished, nothing could live on this god-forsaken planet.

Nothing but me, because I can’t die.

Not even of boredom.

I always knew I’d be present at the end of the world. I just didn’t know I’d still be there afterwards. 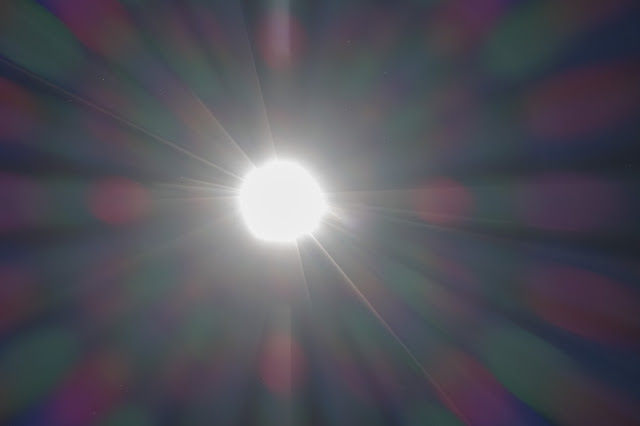