- June 23, 2017
I drew for today's flash from a list of random titles Chuck Wendig shared a couple of weeks ago, and modified it to suit my own needs. It's 997 words, including the title.

Sweeping Up the Ashes of a Dream

It was a lousy farm. We believed everything the promoters told us, and we got our 160 acres, which felt like a dream come true.

No one told us that our farm would nearly kill our mules, breaking the rocky ground to plant seeds that would only sprout if we hauled water ten miles from the creek, and then would struggle to a stunted life if they didn’t shrivel and die under the hot winds.

We were among those too late for the rich prairie lands. We were trying to prove up on 160 acres of desert as though it was a bit of prime land in the Ohio river bottoms. It wasn’t possible, and we knew it the first season, but what choice did we have? There was nothing to go back to, even had we the money and equipment to make the trip. The best we could do was struggle on.

And we did struggle. Some who saw us on our rare trips to town, our clothes faded and patched and our mules looking as beat down as we did, probably thought we were lazy and shiftless, to be so poor. But most looked at us with understanding, if they were farmers, or with the far more painful pity of the few townsfolk who were doing better. When the farms a town serves are starving, the only merchants who do well are the ones who sell essentials—and the ones who sell oblivion.

Even at that, we didn’t let the dream die. The second and third years we got slightly larger crops, enough to lay in supplies for the winter, and the children lost the worst of the hungry look, though I know our Ned never got enough to match his growth. He took to hunting and trapping, and brought in enough rabbits and such to help out. He learned from the Indians, too, and managed to persuade me to learn to cook lizards.

I never got used to it, but I’ll not deny they were the one source of meat that never seemed to run short, and the little ones could catch them, too.

So by the fourth year, I thought we were going to make it. In August, we had a good crop ripening in the fields, watered from the pond we built to catch run-off. I’d learned to cook everything edible that grew on or around our land, and Ned had started tanning and selling the rabbit skins and whatnot.

It was thunderstorm season, which meant rain, and that made us happy, too. Only, the storms that day did a lot of rumbling, but no rain fell. I was starting to feel uneasy about a low cloud over the hill to the west, when Ned came running.

“Fire!” He was yelling so his voice broke, and when I looked, the cloud was dark and brown.

Ned was up to the house now, panting and still trying to talk. “Fire—headed up—hill—coming—this way.” With no rain, there’d be no stopping a brush fire.

I needed no more telling, nor did my husband. Carl had seen the smoke, and came at a run from the field where he’d been checking the crops.

I knew what that meant. We were going to have to move fast. I turned back into the house. “Mary, put all the clothes you can on the bed and wrap them in the quilt. Teddy, you hold Anna’s hand and don’t let go.”  God help me, I was setting a 5-year-old to protect a toddler, but I had no choice, as I ran about the house grabbing what I could.

Would the house burn? It was a soddy, and half buried in the bank, but if the fire came through hot enough it would burn anything that could burn, and the roof would fall in. Aside from the family Bible, we hadn’t anything of value, so I grabbed up all the food I could, and we raced together to the cart Ned had drawn up by the door.

By now the fire was over the hill and coming our way. I threw the supplies into the cart, lifted the children in, and climbed onto the seat. To my surprise, Ned and his father didn’t join us.

“Drive for the creek, Mattie! As fast as you can, and don’t look back.” Then they both began to run, and I understood. The cart was too heavy. The mules might not be fast enough even without the weight of the men. I whipped up the poor animals, though they needed little encouragement. Mules are smart enough to run from fire.

Carl yelled, and I looked back. He had fallen, tripped by some hole or other. Ned turned to help him, as I dared not, but Carl screamed for him to run. The flames were only yards away when Ned fled. I saw just enough from my seat behind the mules to know, and could only scream to the children to hide their faces.

The mules and my boy put on a burst of speed, and we drove right into the creek before the fire died against the dampness of the watercourse. A few of the little cottonwoods burned, but the big ones just singed.

As soon as the flames passed, I commanded Ned to watch the other children, and to stay put, while I ran back to where I had last seen Carl.

We buried him on the hill overlooking the farm, Ned and I. My son was suddenly much older than his 13 years, and I leaned on him as we walked back to our smoky and reeking home. The crop was gone, and my husband was gone. I took up a broom and began sweeping the ashes and dust from the house. The dream was gone, but we were not. 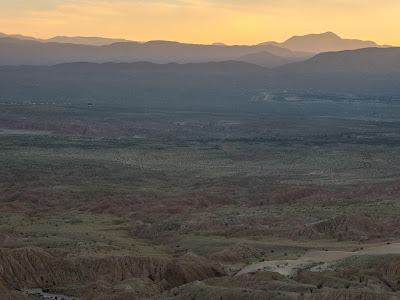