- February 16, 2017
Last week, Chuck Wendig solicited three-word titles from his readers (and I snitched one to use for my story). This week, he gave us his top ten titles to choose from. I used 996 words to write my version of "Long Way Home." Visit the comments on Chuck's blog post to find links to what others may have done with the same title.

When I finally stopped running, I was in a tiny village in northern Saskatchewan, or maybe over the border into the Northwest Territories. I was filthy, wet, hungry, and down to my last three dollars.

On the other side of the balance, I’d lost my tail. My detour through the muskeg scraped off most of them, city men with city shoes. Since leaving the swamp, I’d hitched three different rides, in three different directions—I made sure to leave each one at a crossroads so there were at least some choices—and finally gotten a bush pilot to drop me in the middle of nowhere.

I’d stolen a pack from a pile of gear at the tiny airstrip. I felt bad for ruining someone’s vacation, but I blessed that unknown hiker as I ate his food and wrapped myself in his rain gear and sleeping bag. Too bad he didn’t have a tent, but at least he had a tarp I could rig to keep the rain off when I was forced to sleep.

I didn’t do a lot of sleeping in the two weeks it took me to walk from where the pilot dropped me to this town, whatever it was.

The pilot had taken some convincing. But he’d been the sort who would do anything for enough money, and fortunately I’d had enough. Just. That was why I was now stuck in this little place with no cash. I had a credit card, and an ATM card. If I used them, I’d have to start all over. I only kept them because it wouldn’t be safe to leave them anywhere, even cut into little pieces.

I’d run out of the hiker’s food three days short of town—bless his massive appetite; I’m sure he’d packed for a week, but I was able to make it last nearly two. I needed to stop, and I needed a shower, a laundry, and several meals.

I was looking for a church. I wasn’t a believer in anything beyond survival, not now. But I knew that a church was my best bet for a little help, and not too many questions asked.

The village was too small for a church. What I eventually found was the old man.

He was sitting outside his house on a round of unsplit firewood, soaking up the sun. The rain had stopped, and the place steamed. So did I, and the smell of my own steam was enough to make me choke. I’d already realized I wasn’t going to find a Laundromat and a three-star hotel in this village. All I could hope for was maybe a tub in someone’s house where I could wash myself and my clothes.

I was a little scared to approach the old man, but I was desperate. He was native, I could see that, and I wondered if he’d even speak English. This place was isolated, and I could imagine everyone speaking Inuit or whatever it was they spoke up here. Wherever “here” was.

I was still waffling about asking him where I might beg a bath and a meal, when he spoke to me.

“You need a place to rest. You have come a long way.”

I nodded, and he stood up and held open his front door. I stepped inside, not even pausing to wonder if it was safe. It was too late for that.

Inside, he pointed to another door. “Wash. I will prepare food.”

I was in the tub—he must have had propane to heat the water, the glorious hot water—up to my neck before I wondered how he knew what I needed, and why he was helping me without asking a single question. I shrugged it off. I was obviously wet and dirty, so the bath was a no-brainer. And it was lunch time.

When I was clean, I dumped my clothes in the tub, and dug a set of over-sized long underwear out of the pack. I’d only worn them a couple of times, and they passed the sniff test. I had to rinse the rest three times before I could squeeze out fairly clear water. I got as much water as I could out of them, and bundled them into a bucket that stood in the corner of the bathroom. Emerging back into the kitchen, I nearly fainted at the smell of frying bacon and eggs.

The old man saw what I carried, and nodded. “There is a line behind the cabin, and a wringer.”

When I got around behind the cabin I found the line, and a gizmo like I’d seen in some mop buckets. After a little fussing, I figured out how to feed my clothes between the rollers, and they came out a lot drier.

The old man fed me for three days before he asked a single question beyond, “are you hungry?” He didn’t let his neighbors at me, either. But when he did at last ask a question, it was a doozy.

We’d just finished breakfast on the third day. He laid down his fork and said, “Are you ready to be home?”

“It’s a long way home,” I answered evasively, knowing there was no going home for me.

“Maybe,” he said. “Maybe you need to listen more carefully.”

I thought that over, and tried to remember exactly what he’d said. Not “are you ready to go home?” but “are you ready to be home.” I’d taken it for a poor grammar, though he spoke the language well enough. It seemed he’d chosen his words with care.

I was confused. That wasn’t my name. Then the meaning of what he was offering swept over me. This place was so far off the grid they would never find me, and he was giving me an identity. All I had to do was nod my head, and my flight had merely been the long way home.

###
©Rebecca M. Douglass, 2017
As always, please ask permission to use any photos or text. Link-backs appreciated! 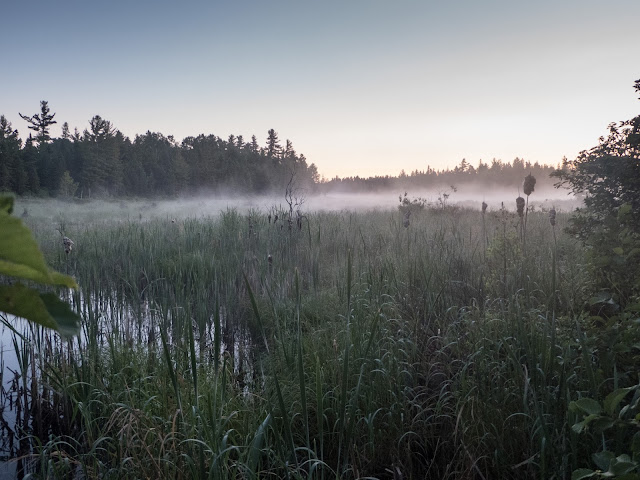