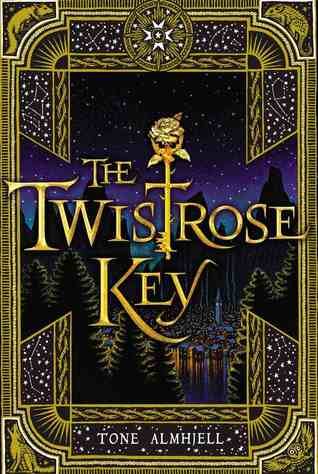 Much to Lin’s surprise, the ornate key contained in the parcel unlocks a spellbinding world called Sylver, hidden behind the cellar door. Sylver is an enchanting land of eternal winter, inhabited by animals that shared a special connection with children in the real world, either as beloved pets or tamed wild animals. In death, they are delivered to Sylver, where they take on a curiously human-like form and still watch over the children they cherish. While Lin is overjoyed to be reunited with her beloved pet, Rufus, she soon learns that the magic of the Petlings and Wilders is failing, and snow trolls want to claim Sylver for themselves. Lin must discover a way to stop them and save this enchanted world.
My Review:
This was a group read from my Goodreads Great Middle Grade Reads group, which is how I learned of it, since I hadn't seen it before. And I admit that though the general premise sounded good, I wasn't totally grabbed by it, nor was I immediately drawn into the book when I started reading. I think I was trying too hard to understand where we were; the "real world" felt just a bit odd even before we entered the fantasy world (I think because that real world is in Norway?). When the story did move into the fantasy realm of Sylver, I got more into it, but I was halfway through before it grabbed me and made me finish the rest in pretty much one sitting (staying up much later than I should have in the process).
Sylver is well-realized, but I had a little trouble believing in it until the action got well under way. The land of the the Petlings is a little odd to me--frozen in an eternal winter, which unlike the winter in Narnia seems to be a happy thing for the animals. And there seemed to be some things that passed without much explanation, though I'm not sure if that was a flaw or helps the reader to feel with Lin, who has to figure much of it out on the fly.
It might have been nice to be able to get a little acquainted with Sylver before Lin has to start racing about to avert disaster. It feels like a world that would be nice to see without threats around every corner, as well as making it a bit more plausible. Because Lin's mission is so urgent--it must be completed before that very midnight--and because time in Sylver is a bit elastic, the pace is both (for my taste) a bit too fast and a bit too unbelievable. I kept waiting for the poor girl to get a nap, as the roughly nine hours from her arrival to the moment the task must be completed seem to stretch to something more like a couple of days. I think that time frame weakened a generally solid story.
My Recommendation:
Despite my reservations, this was an enjoyable read, and I think that children 9 and up will enjoy it. Most of them probably won't be worrying about how long Lin can keep going without rest, and will just enjoy her courage, stamina, and ingenuity. And the wintry setting makes it feel like a good holiday book!
FTC Disclosure: I checked The Twistrose Key out of my library, and received nothing from the writer or publisher for my honest review.  The opinions expressed are my own and those of no one else.  I am disclosing this in accordance with the Federal Trade Commission's 16 CFR, Part 255: "Guides Concerning the Use of Endorsements and Testimonials in Advertising."
Didn't get any good books for Christmas? Have some gift cards to use up? Consider picking up a copy of one of my books as a New Year's Treat!
adventure fantasy middle grade review winter stories