Friday Flash: The Devil's in the Details

- August 04, 2016
After his long hiatus from issuing flash fiction challenges (only partly responsible for mine from writing flash fiction), Chuck Wendig is back, and urging us, appropriately enough, to write a story about a vacation. Any genre, up to 1500 words. My tale wrapped up in a bit over half of that. I probably should practice writing longer stories, but that's what came out. Genre is somewhere between humor and horror?

The Devil’s in the Details

“Watch your step as you exit the bus. The ground may be uneven or extremely hot. Watch your step…” The guide droned on, words and intonation exactly the same as each person stepped down out of the tour bus. He seemed unaffected by the exclamations of the tourists.

“It’s sure hot here!”
“Hope the hotel has AC.”
“Darling, I don’t know…”
“Well you said you wanted to go someplace warm.”

The man and woman, dressed in plaid Bermuda shorts (him) and a hibiscus-print sundress (her) clutched each other’s arms as they looked around the blasted volcanic landscape. It all looked very close.

“Hey! Keep moving!” Someone behind them called. “We want to get off this bus and see too, you know!”

“I’m not so sure that’s a good idea,” the woman whispered to the man as they moved out of the way, eyeing a volcanic vent that oozed lava sluggishly onto the road a dozen feet away.

“Those fires are awfully close,” he admitted. “But you must admit it’s warm here. Not like Buffalo.”

The woman shuddered. It had been three degrees and snowing when they left home. She hated winter. This was an improvement, despite the sweat that now dripped from their pudgy faces.

The posters had been so tantalizing: “Tired of winter?” Weren’t they just! “Take a bus tour to Hell and warm right up!” The photo had shown a stream of lava glowing beautifully against a pitch dark night, and they had guessed it was a goofy come-on for a Hawaiian holiday. The price seemed low, but they figured it was the off-season. They didn’t think about the logistics of a bus tour to Hawaii. Neither of them was terribly bright, but they knew what they wanted. They’d jumped at the chance of a warm vacation they could afford, put on their tropical clothing, and boarded the bus.

Now they weren’t so sure. The woman shifted uneasily. She could feel the hot ground through her thin sandals.

“Shouldn’t it have taken longer to get to Hawaii?”

“I don’t know how long we were on the bus. I fell asleep.”

“Me too. But I’m awfully stiff, like we were sitting a long time. Maybe it was long enough?”

“Even if this isn’t Hawaii, it’s better than that time we visited your aunt in Poughkeepsie.”

She might have taken offense, but they both knew it hadn’t been the aunt’s fault. It had been the weather (freezing) and the neighborhood (ugly and prone to random acts of vandalism), and there was the food poisoning from that dreadful deli. Aunt Sylvia had been charming through it all, but that wasn’t enough.

“In any case,” the woman said instead, “We paid for this vacation. We have to go through with it.”

Some of their fellow travelers were already trying to return to the bus, as the heat from the volcanic vents was really intolerable. The man and woman linked arms and worked their way up to where they could hear the guide talking.

“…is the hottest realm right here. We promised you heat! But if perhaps you find this a bit much, just follow me through this gate and down the stairs…”

They looked at each other, shrugged, and surged down the stairs with the others. The woman noticed a curious bulge at the back of the guide’s trousers. She nudged the man. “He needs a better tailor. Those pants make him look like he’s hiding a tail.” They giggled together, and took a closer look.

“I do wonder if this trip was the best decision,” he said.

“We’re here, and we’re going to enjoy it. All of it,” she said firmly. “We go through it all and out the other side.”

She had no idea how accurate that was.

##
“I must say, the guides did seem surprised by our determination to go all the way,” he said while he uploaded the photos from the camera to the computer. It was snowing outside, but he’d cranked the thermostat in their apartment up to 80, and they were happy.

“We paid for the full tour, of course we would take the whole thing,” she said. It only made sense. It was the others, the quitters, who amazed her.  “I do have to wonder why the bus was so much emptier going back than when we went. Do you suppose they let the others go back and sent a special bus just for us?”

“I don’t care. I enjoyed it all, except when we had to pass that frozen lake. They promised us a vacation in a warm place, and then they throw that in! Maybe that’s why they didn’t want people doing the whole tour. Afraid of a lawsuit for false advertising.”

“Anyway, we’ve got some great vacation photos, dear. I’m sure that no one we know has done anything quite like it.”

“And really, for a vacation in Hell, it was really quite pleasant, and very affordable. And my feet were warm for the first time in months. We might want to think about doing that again next winter.” 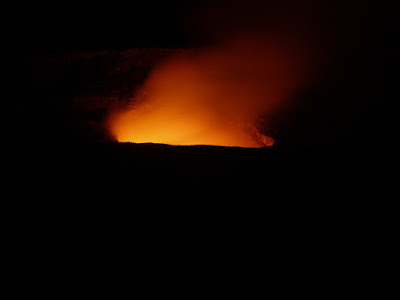 ©Rebecca M. Douglass, 2016
As always, please ask permission to use any photos or text. Link-backs appreciated!
#
And now, if you enjoyed that, check out my books. Right now, the final book of my Summer Reading sales:
For the month of August, Halitor the Hero is just 99 cents for the ebook!

Or purchase in the format of your choice from Smashwords.
flash fiction vacations