- July 07, 2016
This week Chuck Wendig challenged us to write a story in which insomnia plays some role. I picked on poor Xavier Xanthum again, and went just 3 words over the 1000-word limit.

Xavier Xanthum, Space Explorer, was regretting having landed on his latest discovery. Granted, it was what he did. And the planet looked good; money in the bank if it checked out. Larry’s scans had shown no particular hazards or dangerous life-forms.

Larry didn’t make many mistakes. Xavier was pretty sure, looking at the five-legged beast with very large teeth, that he’d made one this time. The creature looked dangerous, and Xavier didn’t want to stick around to find out if he was right.

The trouble was, he was too far from the landing pod to retreat. Xavier couldn’t even begin to imagine how a five-legged creature could keep track of its feet, let alone run, but he was pretty sure the mind behind those teeth knew the answer. There was only one place to go, and Xavier went.

The planet had a lot of plant life. Xavier had had to hunt for a clear place to land the pod, and had ventured into the forest—though the “trees” were like nothing he’d seen before—to inventory resources. Now he glanced up, happy to see that the strange plants at least had branches, and leapt.

If the planet hadn’t had lower-than-standard gravity, he couldn’t have managed it. As it was, his feet were barely out of range of those teeth when the creature charged. Xavier resolved to make more use of the fitness pod on the Wanderlust, as he did every time he got into trouble dirtside. Really, a space explorer ought to be able to do one pull-up, anyway!

The teeth had taken up a station under the tree, and the beast had this much in common with Earth animals: it drooled in anticipation of a meal. Xavier climbed to a higher branch and made himself more comfortable.

“Comfortable,” Xavier decided an hour later, was a relative term. Nothing about his perch was comfortable except when compared to the first branch, or to being eaten by a set of large teeth with five legs. It did allow him to balance well enough to hold on with only one hand. With the other he dug out his communicator.

“Location?” Larry sounded human, but his computer nature showed in his priorities. No “how are you?” or “what’s wrong?” from him. Xavier didn’t mind. He needed rescuing, and sentiment wouldn’t help.

Xavier figured out that meant “too many trees,” and tried to figure out where he was.

“Nature of the emergency?” For an AI with (presumably) no feelings of his own, Larry was pretty good at picking up on Xavier’s feelings.

“You are unable to descend?”

“There’s a large and I’m pretty sure carnivorous animal at the base of the tree.” He couldn’t keep the accusation out of his voice. After all, Larry had cleared the planet as safe.

Xavier waited. Since an AI could think at amazing speeds, Xavier didn’t like the implications of his continued silence.

As though reluctantly, Larry said, “I can’t even find you.”

“What should I do?!” Xavier couldn’t help it, his voice rose a bit, somewhere between petulance and panic.

He looked down at the teeth.

He looked up in hopes of finding a better perch. Then he sighed. “It has to get tired of waiting sometime,” he told himself.

Perhaps he should have told the creature that it must get bored, because it didn’t seem to know.

The sun was nearing the horizon, and the teeth were still waiting. Xavier found a branch where he could sit more comfortably, but he couldn’t relax.

Nor, he realized, as the sun tipped out of sight and the animal still waited, could he sleep. He really couldn’t do much except hang on, and occasionally harass Larry in hopes of getting a better answer.

It was a long night. Part of the time he played word games with Larry, who of course always won. Being a computer gave him an unfair advantage when it came to vocabulary.

When it got cold, Xavier climbed around to different branches for a while, to warm up, then settled down to a joke competition with Larry. He could usually win those, because Larry was still working on understanding humor. He said it was the hardest human attribute to analyze. Between jokes he thought about lying down and sleeping.

“Can’t you blast the teeth or something?”

“Not without blasting you as well. Is that your command?”

Sometimes it was hard to tell if Larry had developed a sense or humor.

When the sun came up, the creature sat up, stretched, and organized its five legs. Then it trotted off into the woods.

Xavier waited, not trusting the beast, until Larry reported that the creature was well away and moving steadily up the hill.

At last the marooned space explorer dropped to the ground, hobbling off as fast as cramped limbs permitted in the direction of the pod. He was nearly there when he heard a noise, and looked back to see a half a dozen of the five-legged teeth-creatures coming at him, moving fast.

Xavier discovered he could run. He cleared the hatch inches ahead of the teeth, and slammed the cover in manual mode.

Hovering over the clearing minutes later, he looked down. The animals sat in a circle, looking up. He thought about vaporizing them, but refrained. It was their planet, and now he was off it, they could have it. He was headed for Wanderlust and a long sleep.

Two hours later, Xavier Xanthum lay in his bunk, eyes wide open. He was looking at the ceiling, but still seeing teeth. 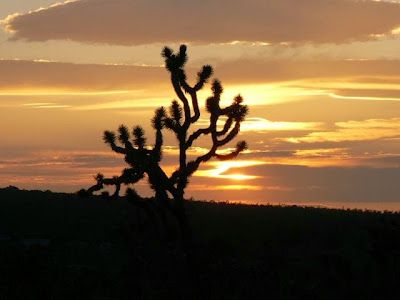 Summer reading sale--The Ninja Librarian and Return to Skunk Corners--just 99 cents!
And yes, work is underway, slowly, on Book 3, The Problem of Peggy