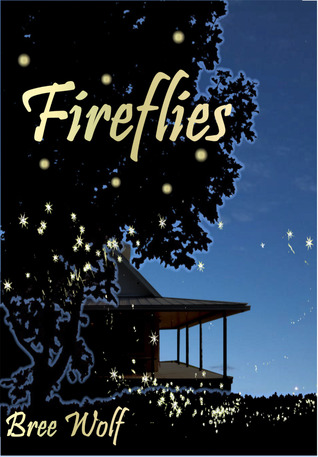 Note: this was a book-of-the-month read for my Goodreads Great Middle Grade Reads group. I'm not sure if the book is always free or if the author made it free for that event.

Publisher's Summary:
In the buzzing city of New York, 12-year-old Gabriel Scott retreats from his parents' constant arguing into a virtual world of adventure and companionship. Unfortunately, as summer comes along, his parents ship him off to Kenton Woods to stay with grandparents he hasn't seen in years. Trapped in a world of small town life, Gabriel suddenly finds himself cut off from the only friends he ever had when he discovers that his grandparents don't even own a computer.

After sulking in the house for a few days, his grandfather drags him outside and Gabriel takes his first steps into the real world. Gathering all his courage, he talks to Liam, their neighbors' son, who hands him a small sheet of paper and asks for his help. From that day on, Gabriel follows Liam and his friends on a treasure hunt across town. With the entire school on their heels, they rush to solve riddle after riddle, slowly closing in on that which no one has ever found before. Along the way, Gabriel meets the head-butting twins Jack and Jordan, their dog Cat, the insane story-teller Eddie and Hannah, a young girl locked up in her room.

Hand in hand, they work to help Hannah escape and take her along on their adventure. Having spent her entire life cut off from the rest of the world, Gabriel finds a kindred spirit in the red-haired girl with the glowing eyes. But one day, a secret Hannah has been carefully hiding from the group rears its ugly head and threatens to shatter Gabriel's new life and the place he thought he'd finally found in the world.

My Review:
(That summary is kind of long, but it does outline the story nicely).

I found this a beautiful story, with a nice balance of humor, adventure, puzzles, and pathos (I mean that last in a positive way). In a sense, it's a coming-of-age story, as Gabriel and his new friends not only learn to work together but Gabriel learns to deal with some hard life issues. There were a few glitches with the writing and formatting, but they did not prevent me from feeling that this was a beautiful and beautifully written story with a wide appeal.

About those glitches: of no great significance was a problem with hyphenation, where apparently hard hyphens got into the text, so that words were divid-ed in random places on the page (since my line breaks obviously didn't match the originals). That was a minor distraction.

A larger distraction for me, and the reason this will get 4, rather than 5 stars on Goodreads (4 being "I really liked it" and 5 "it's amazing") was that the dialog at times felt a little stilted to me. Since I'm in the midst of editing, and dialog/voice is part of what I'm focusing on, I am probably more sensitized to this than the average reader. For the same reason, I also dug around to see why I was bothered. The answer I found was pretty simple: the characters didn't use enough contractions. It's not all the time, and I'll accept it--sort of--for Eddie, who is supposed to talk like his lawyer parents. But I stumbled early on when, for example, Gabriel's mother is speaking: "But that is over now. Everything is fine. This is not about us...We are just doing what's best for you." There are other places where a similar tone shows up. Sometimes it looks like it's meant as emphasis, but...like I say, I'm a bit sensitive to it right now.

Probably my only other concern is that in the early part of the book we spend a  lot of time immersed in Gabriel's fictional world--the one in his computer game where he spends most of his time. In the early chapters it's a big enough part of the the book that I found myself wanting resolution for the adventure going on there, too. But Gabriel loses interest when the real world becomes a place worth staying in, as he should.  I just wish I hadn't been quite so drawn in to that alternative story. Perhaps the author will return to this in the next book, as this does have a sequel. For this book, I could actually have happily started the story when he gets to his grandparents' house.

[Reader warning: this is meant as part of a trilogy, but though Book 2 is out, the author has no immediate plans to write book 3. So you may never get complete resolution, though frankly this book doesn't really need a sequel.]

Recommendation:
Despite my kvetching, I can recommend this for kids from about 9 up, and I think adults will enjoy it too.

Full Disclosure: I downloaded Fireflies as a free book from Smashwords, of my own free will, and received nothing from the writer or publisher in exchange for my honest review.  The opinions expressed are my own and those of no one else.  I am disclosing this in accordance with the Federal Trade Commission's 16 CFR, Part 255: "Guides Concerning the Use of Endorsements and Testimonials in Advertising."