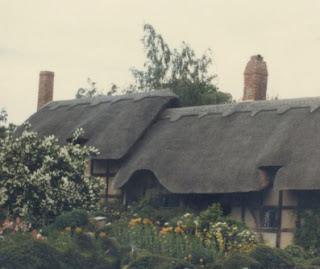 Our Chuck Wendig challenge this week was to pick one of the Seven Deadly Sins and write a story about it--whatever sort of story we wanted. Naturally, I couldn't follow directions and picked all seven. That number just rang a few bells...not just the fairy tale, but Seven Brides for Seven Brothers, too. And the story about the 7 Chinese brothers. Clearly something had to be done.

It's exactly 1000 words, including the title, though mostly that's luck.

Blanche and the Seven Brothers

Blanche and the Seven Brothers

The girl looked around the dingy cottage and nodded. It looked right enough. Just like in the stories. She’d be all right there.

Blanche had made her escape from the usual home problems. Her Pa was all right, she guessed, but Marjorie—no way was Blanche ever going to call that woman “Ma”—was a real piece of work, and Pa was too weak to stop her. Whatever went on in this cottage, it would be better than staying with her. And the cottage was really rather charming under the dirt. It just needed the touch of a good woman to straighten things up, as the stories said.

The occupants would be laborers, of course. They always were. And there would be seven of them. Always seven, a lot to take care of but Blanche was used to hard work. It wouldn’t be bad at all, if they treated her well. And they would, because that was always the way in the stories. With a happy sigh she went looking for a broom.

She’d been a little surprised at not finding any broom, but wasn’t that just like a batch of bachelors? Blanche didn’t have any cash, so she couldn’t go buy one, but she found one at the back of a nearby cottage. There wasn’t anyone home, so she borrowed the broom, a little surprised at herself.

Halfway through cleaning the cottage, Blanche grew so tired she just had to lie down for a little nap. It was something about the atmosphere of the place, she decided. There weren’t enough breezes down in this hollow, the air was kind of dead.

She woke up several hours later, and realized there was just enough time to make dinner before the miners came home. The pantry held an odd mix of foods, but Blanche did the best she could, this being something in the way of an audition—she had just one chance to convince the brothers to hire her.

Dinner was almost on the table when Blanche heard the sound of heavy boots approaching the cottage. Running to the window, she peeked out. Yes, there they were, and there were seven of them. A motley crew, for sure.

The one in the lead was dressed to the nines, must be in management, which wasn’t according to protocol. Not too high, but thought he owned the place, Blanche decided. Behind him trailed four who were miners all right, filthy from head to toe and wearing expressions that almost gave Blanche pause, especially the one who looked to be peeved about something. She shrugged. Marjorie was always angry, and usually took it out on Blanche. She knew how to dodge that sort of thing. Another one looked ready to fall asleep. As she watched, he dropped to the back of the line, letting another brother push ahead.

That one was dressed like middle management, but not quite right. He was trying too hard. Not polished like the guy in the lead. He was a wannabe, for sure, imitating the successful brother.

The last man in line, until the sleepy one—yes, there was precedent for that in the stories, wasn’t there?—dropped back—gave Blanche pause. He had a look she’d seen before, when Marjorie brought home “friends.”

Maybe she ought to run while she could. But it was the proper cottage, and seven brothers was right. She could tell they were brothers, for all the differences. There was a strong family resemblance about the nose and mouth, stretched by fat in one case, or tightened to an angry line in another, but visible all the same. Blanche stood her ground.

The brothers hadn’t been in the house half an hour before Blanche knew she’d made a dreadful mistake. The manager-type resented every hint that the cottage wasn’t perfect, the wannabe whined about how the neighbors had gotten the better piece of land, and the fat one ate everything on the table, fighting every inch of the way with one of the miners who had loaded his plate with more than he could eat, but wouldn’t share.

Sleepy was the only one who behaved according to the stories, eating a little and falling asleep in the big chair by the fire, which he left it to others to kindle and feed. Lazy bum, Blanche thought.

But it was the angry one who made her think this might not work. She should have known, just from the guy’s face. He didn’t get enough dinner, thanks to the hoarder and the pig, and he went ballistic. Somehow it was all Blanche’s fault. She put him in his place, ignoring the cold looks of the manager, and dashed off up the stairs to her room.

The seventh brother was waiting for her there. She hadn’t even seen him leave the kitchen, but he was stretched out on the bed she’d chosen for her own. And he was wearing—really? Yes, silk pajamas. He hadn’t bothered to shower, though, the lout.

“Come here, babe,” he cooed in what Blanche supposed he thought was a seductive way.

“Get outta my room, you lout!”

“Oh, you don’t want to say that. I can make you happy, you know.” He went on in that vein for some time, while he and Blanche engaged in a sort of dance where she kept edging back toward the door and he kept trying to get between her and the door. He’d have managed it, and locked her in, if he hadn’t been distracted by the need to grab for her every time he got close.

In the end, Blanche reached the door just ahead of him, wrenched it open, and ran back down the stairs full speed. On her way through the kitchen, she called out to Mr. Full-of-Himself that she was finished. Done.

Back out in the lane, Blanche set a brisk pace for town. She’d find work somewhere they’d treat her decent, like the Madam’s.